Home > Blog > Tales of Troubleshooting: An OutPost Blog - Mysterious Blank Screens on QuickTime and Other Programs

Tales of Troubleshooting: An OutPost Blog - Mysterious Blank Screens on QuickTime and Other Programs 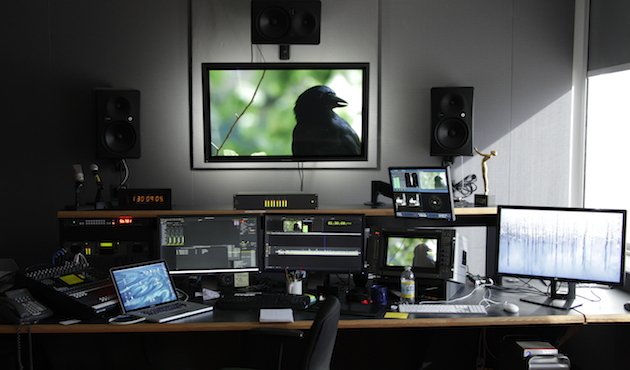 QuickTime is a common video player on both Windows and Mac platforms with many applications relying on the QuickTime engine to play and process video files. For instance, Avid Media Composer utilizes the QuickTime 7 engine for both import and export functions.   Installing QuickTime and QuickTime components can solve many problems, but on occasion it can also cause a few unexpected issues.

Elgato’s Turbo.264HD is a conversion software the OutPost uses often.  A long, lingering problem has been that, on occasion, only certain edit stations at the OutPost could read OP1a files in Turbo.264HD.  On these computers, the Turbo display would be all white or the file would not load at all and display an “unsupported format” error.   While annoying, it was something that could be worked around by using an edit sytem that was not exhibiting the issue.

Recently one workstation suddenly experienced similar behavior displaying DNxHD QuickTime movies in QuickTime Player as a black screen (with audio).  Historically, if a QuickTime player video shows as a black screen, it indicates a missing codec in the QuickTime Component Library.  Strangely, the computer had been working before and an inspection of the library showed that the appropriate components were present.  Reinstalling the appropriate components did not solve the problem.

At the same time, Turbo.264HD would not convert the DNxHD QuickTime files. There seemed to be a correlation with the OP1a problem.  Both of the file types used DNxHD as the codec, but it did not seem to be an Avid issue as other computers were able to process them.

Elgato Support confirmed that Turbo.264HD did run video using the QuickTime codecs.  They also noted that mixing with another audio source if the video and audio files don’t match can result in white frames.  So essentially, two different QuickTime components seemed to be trying to decode the same file.  Conflicting processing components proved to be the key.


The following helped track down the culprits.  While somewhat slow and tedious, this methodology produced great results.

2)    Remove all QuickTime Components and place them in another folder on the Desktop.

9)    Restart Turbo.264HD and test playback continually after each addition

This process helped discover that the lingering OP1a problem was due to an old “MXFImporter.component” file.  This wasn’t needed, so could be removed and deleted.

The new DNxHD problem was triggered by a recent install of Drastic Technologies’ Media Reactor, which included a QuickTime component delivered as part of the Drastic install package.

Not every video playback and processing issue will be solved in this manner, but it’s a good starting place if previously used workflows suddenly don’t work.