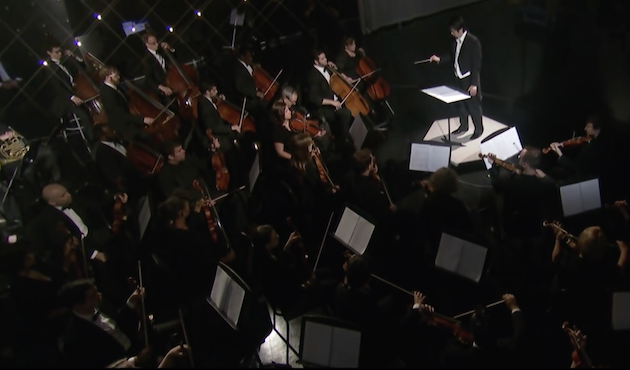 The Tenants Downstairs is a 2016 Taiwanese black comedy-fantasy-mystery-drama film based on Taiwanese writer Giddens Ko's novel of the same name. The symphonic score for the movie was recorded here in the Fraser Performance Studio by Antonio Oliart who worked with Goldstones Studios here in Boston.  The music for the final scene, Adagio Cantabile was filmed in our Calderwood Studio for a movie trailer. You can see the video here. Credits for the video go to Lighting Director Phil Reilly, Technical Director Bill Francis and Director Bob Comisky. The Tenants Downstairs was released on August 12, 2016 in 20 countries, although not currently in the US.