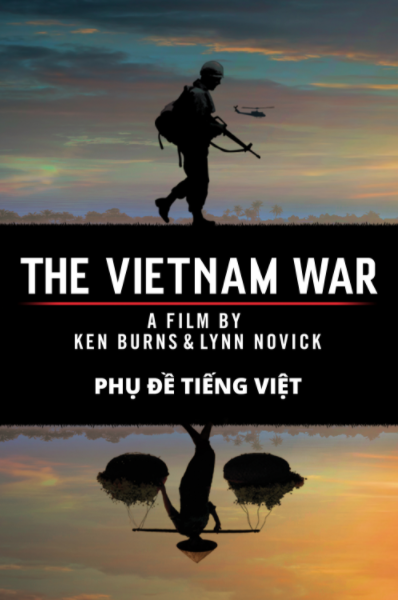 Ken Burns and Lynn Novick worked for over ten years on their epic 18-hour series "The Vietnam War".  As they were finishing the domestic masters they decided to create a version for Vietnamese speakers so that they could experience it in their native tongue.  The OutPost at WGBH took on the project and deployed its multi-faceted technology and multi-talented team.  Director of Post-Production Chris Fournelle designed a unique workflow that saved a huge amount of time (and money) by leveraging the closed-caption metadata.

First, the WGBH Media Access Group created the caption file for the English domestic broadcast masters.  That file, with both in-out timing and English script, was exported as text file and specially formatted so it could be ingested via Avid’s SubCap subtitle effect.  In Media Composer OutPost editors refined the timing and formatting and exported out a new text file that was given to the translators, who then replaced the English words with Vietnamese translation.  That information was then re-imported  as Avid SubCap subtitles back into the exact place into the Avid timeline.  Then a process of refinement of language and timing ensued.  Final screenings were held in the OutPost edit suites for the US Ambassador to Vietnam and the Vietnamese United Nations Ambassador and her team.  For maximum impact WGBH's Yawkey Theater, with its Sony 4K projection and 7.1 surround-sound, was used for special screenings.  This New York Times article is evidence that the work is being appreciated in the Vietnamese community.  Florentine Films senior producer Sarah Botstein said of working with the OutPost “You guys are the best. We love working with you!”