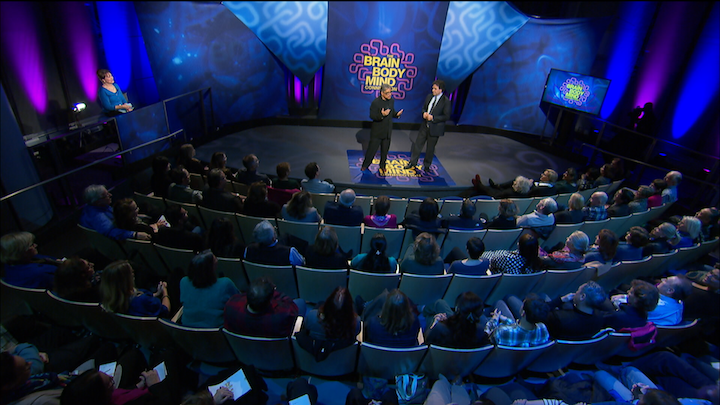 WGBH Studios had a full house on December 2nd.  In our Yawkey Theater we were shooting a live-to-file PBS special featuring Deepak Chopra and Dr. Rudy Tanzi.  The six-camera switched shoot in front of a live studio audience came together in less than 3 weeks.  Simultaneously across the hall in the Fraser Performance Studio we were lensing "BOSTON HOLIDAYS! CELEBRATING WITH MUSIC" a WGBH-WCRB musical TV special collaboration. The four-camera live-to-file switched shoot had five music groups with five separate audiences and four set changes over the course of the 10-hour day and was edited for its initial broadcast ten days later.  It was an extraordinary day that involved more than 100 staff, technicians, engineers, and volunteers to coordinate resources and capture the programs. 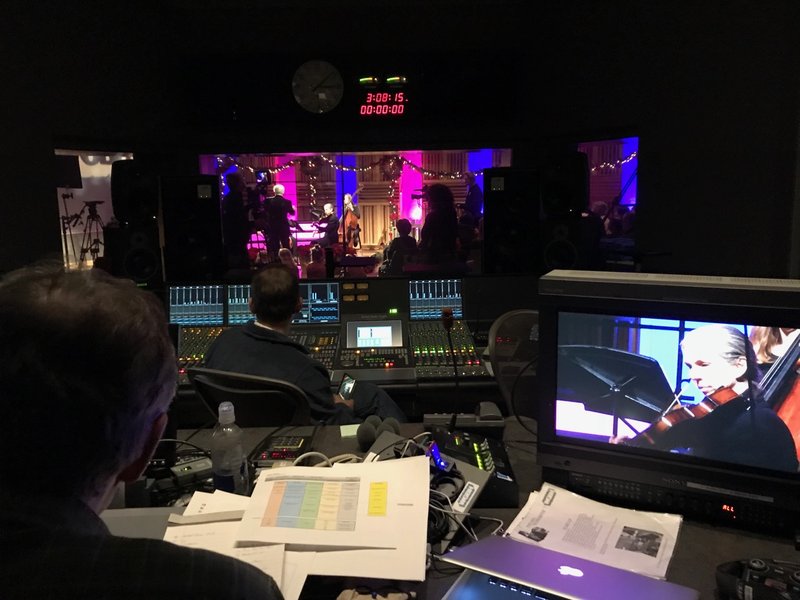