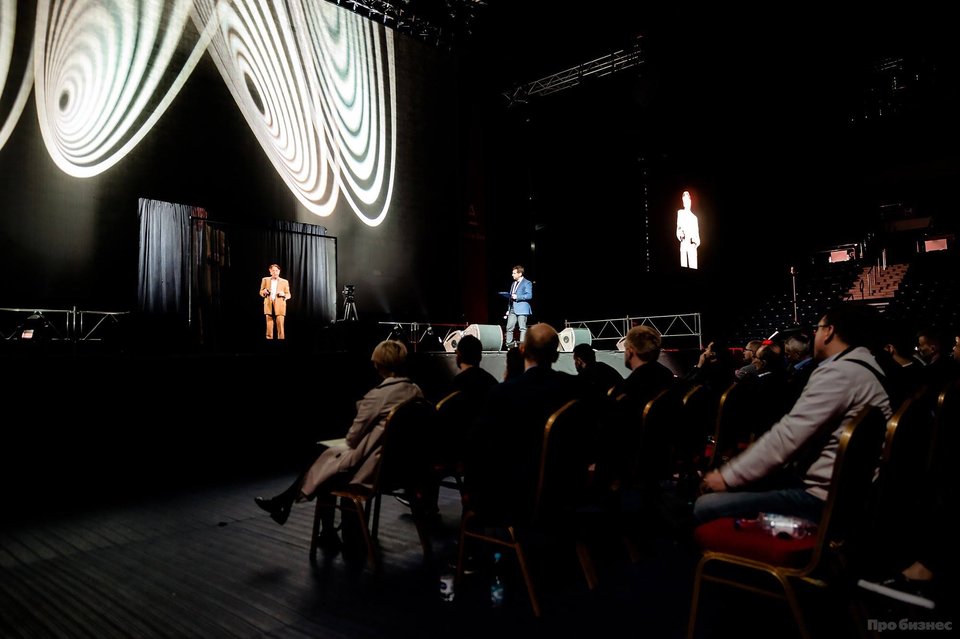 The Studios at WGBH hosted Charles River Media Group for a unique project.  CRMG captured futurist and Google Director of Engineering Ray Kurzweil in our Calderwood Studio in Boston and sent his live image and sound as a 3D "Humagram" to the Hi-Tech Nation forum being held in Minsk in Belarus, Russia.  The audience in Minsk experienced Kurzweil as a hologram on stage and interacted with him via two way feed.  CRMG engineer Jon Shedler explains "The vertical camera fed the "hologram" and the horizontal camera fed the large LED IMAG screens. We also sent a third feed with PPT and they sent us 2 cameras back of the audience and host." 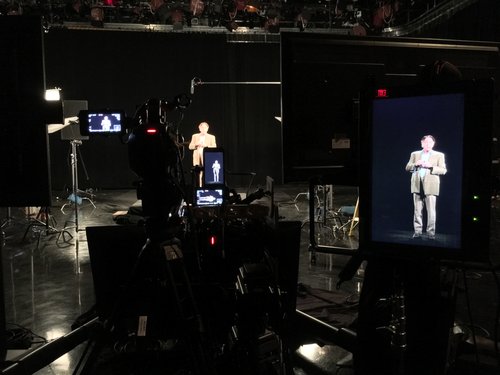 "Thanks for all of your help with this "Humagram" project.  It worked out great during the production".