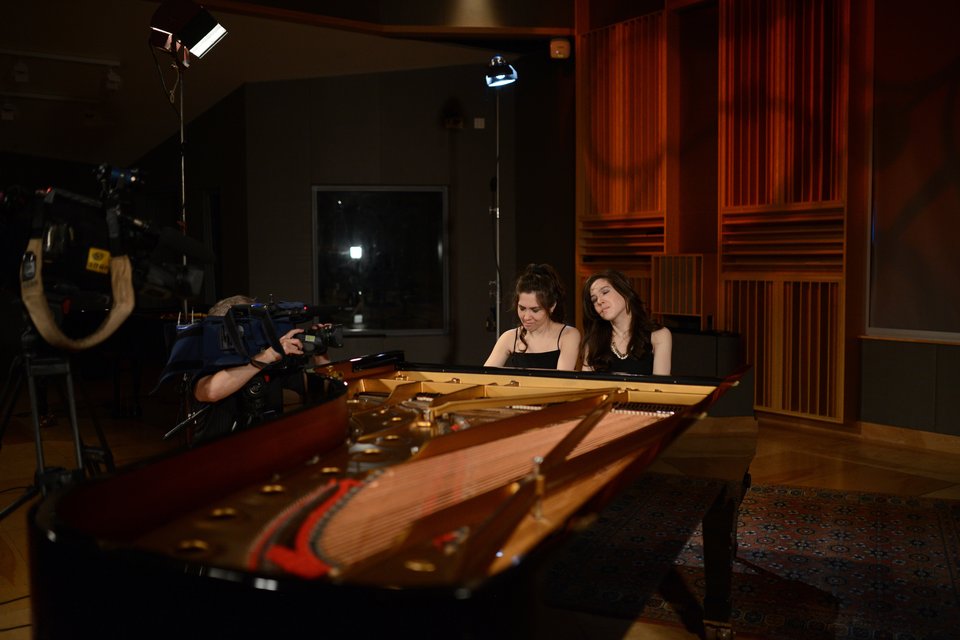 The Naughton Sisters came to the Fraser Studio at WGBH to record their next album for Warner Classics. The Naughton twins and Warner were attracted by the fantastic acoustics of Fraser Studio, the great sound of our SSL board, and the presence of two Steinway pianos on premises for their duets.  Most important to them, however, was working with lead recording engineer Antonio Oliart.  Oliart, one of the New England's premier mixers, is the magic behind many of WGBH's great music broadcasts, including the Boston Symphony Orchestra and Tanglewood. 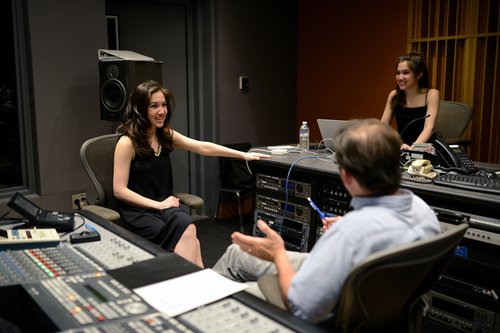 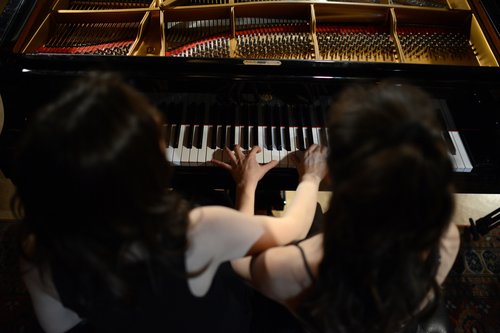