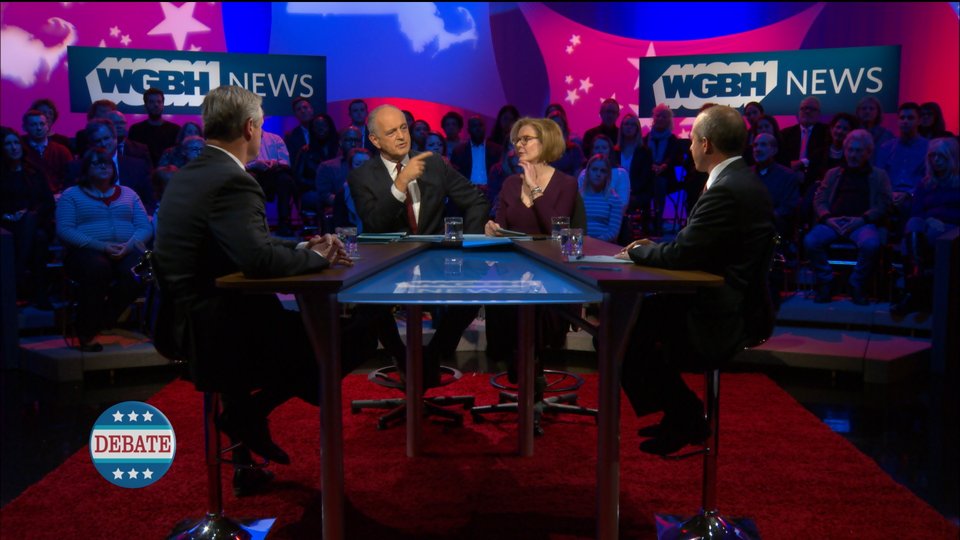 The Studios at WGBH hosted the Gubernatorial Debate between Republican Governor Charlie Baker and the Democratic Challenger Jay Gonzalez held on October 17th in our Calderwood Studio in front of a live audience. Hosting the event required the involvement of Production Group's extensive resources and large knowledgeable staff. 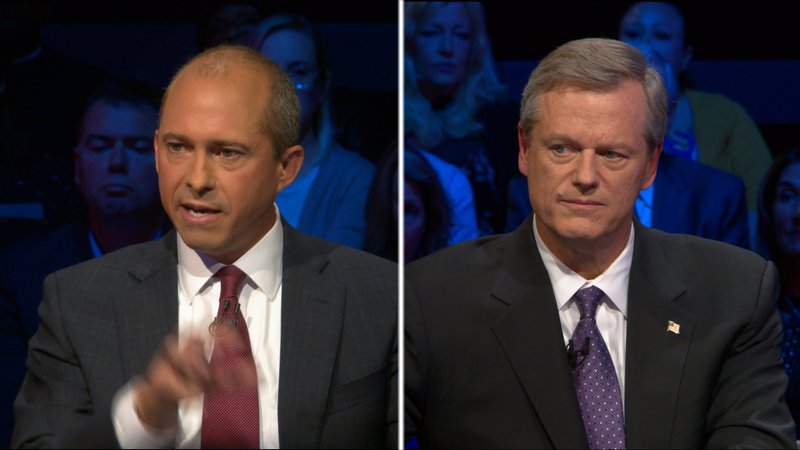 The set, which incorporated projection on flexible "Splats", was designed by our in-house Lighting Director and Scenics Manager Phil Reilly.   six-camera television production was live switched through one of our two control rooms and then distributed to a wide array of outlets, including our sister station WGBY in Springfield, MA, C-Span, and our radio assets WGBH 89.7 and WCAI on Cape Cod and the Islands.  It also was distributed to over 60 press members hosted in our Yawkey Atrium and streamed live on WGBH.org, Facebook and Twitter. 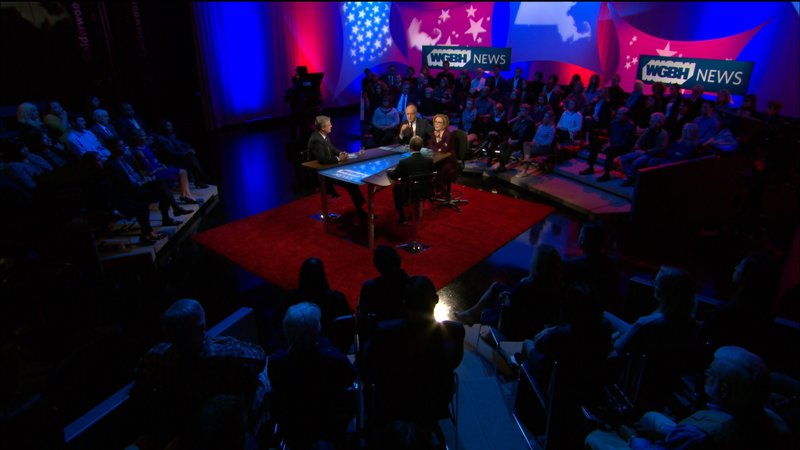