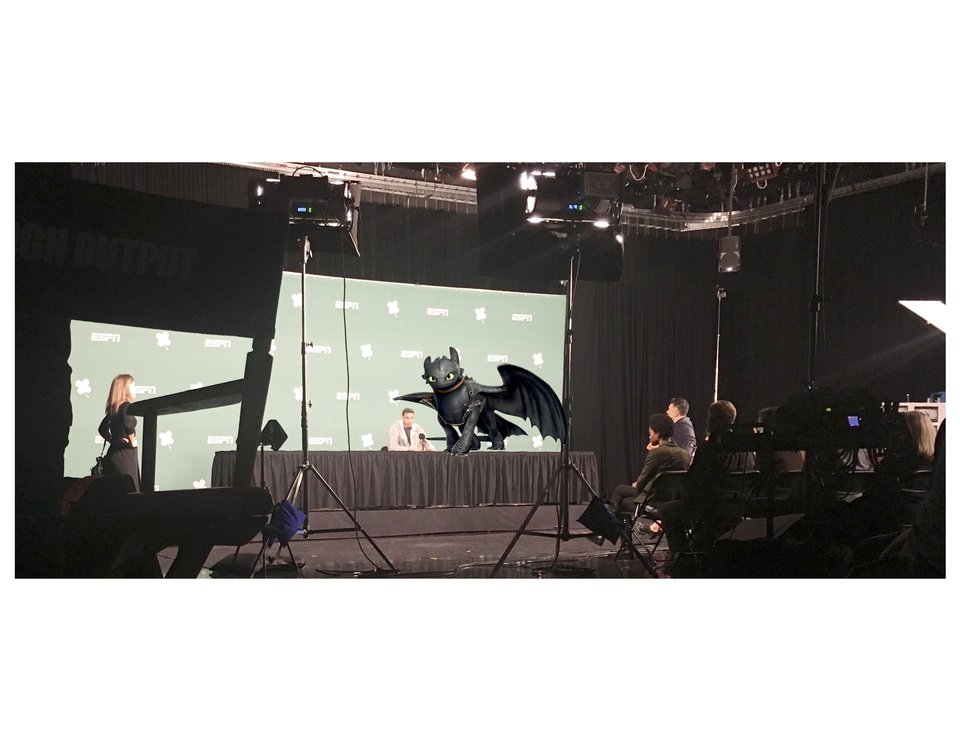 The Boston Celtics' Jason Tatum was in the house at WGBH Studios this week.  The small forward was in the starting lineup for the filming of a TV commercial to promote How to Train your Dragon: The Hidden World, the upcoming new film from DreamWorks Animation. Taking a break from his workout at The Auerbach Center to appear in the spot, produced in partnership with ESPN, Tatum joined a crew of more than 50 technicians, actors, and ad agency representatives for the 12-hour shoot, which required the Celtics star to answer reporters’ questions during a mock, postgame press conference while interacting with “Toothless,” an animated dragon character from the DreamWorks film. The film will be released in February and the commercial will air on ESPN.