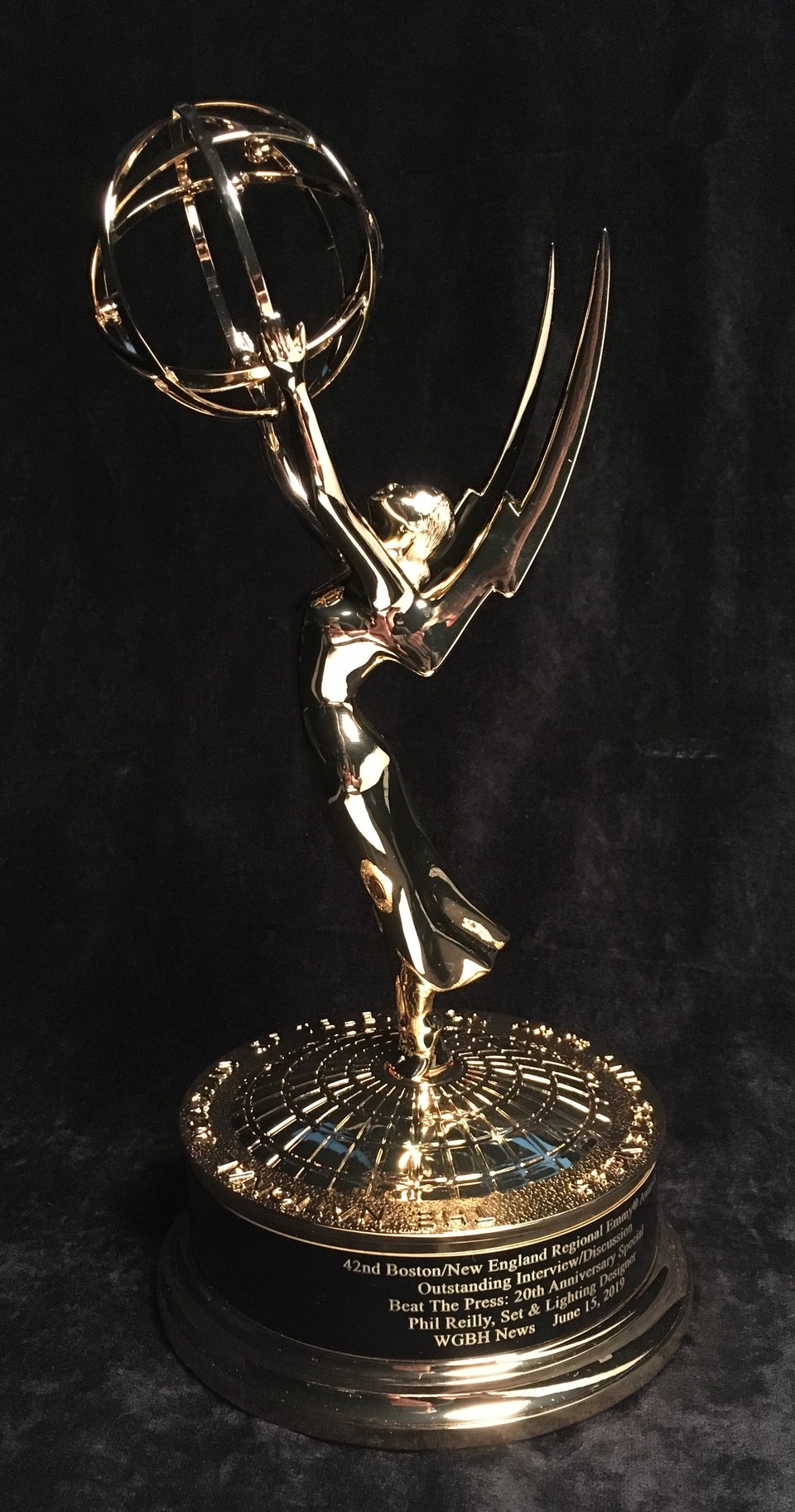 It’s that time of year, Award Season!  WGBH’s Production Group is proud to announce that some of it’s hard working staff and shows have recently been announced as award winners!

At the 42nd Annual Boston/New England Emmy Awards, Phil Reilly took home an Emmy for his work on Beat the Press: 20th Anniversary Special as Set and Lighting Designer, which won in the Interview/Discussion category.

At the 2019 Clarion Awards, Howard Powell was recognized for his outstanding camera work and helped lead the team to winning Television Feature Story/Segment-Comprehensive or ongoing-Local or Regional award.

WGBH’s weekly show Basic Black was also recognized at the 2019 Clarion Awards with the Television Talk Show award for their episode What the Midterm Election Means for People of Color.

The National Association of Black Journalists announced their finalists for its 2019 Salute to Excellence Awards and we’re honored to have our staff be a part of these awards.

Congrats to all involved!