Escape Lab on Twitch at WGBH 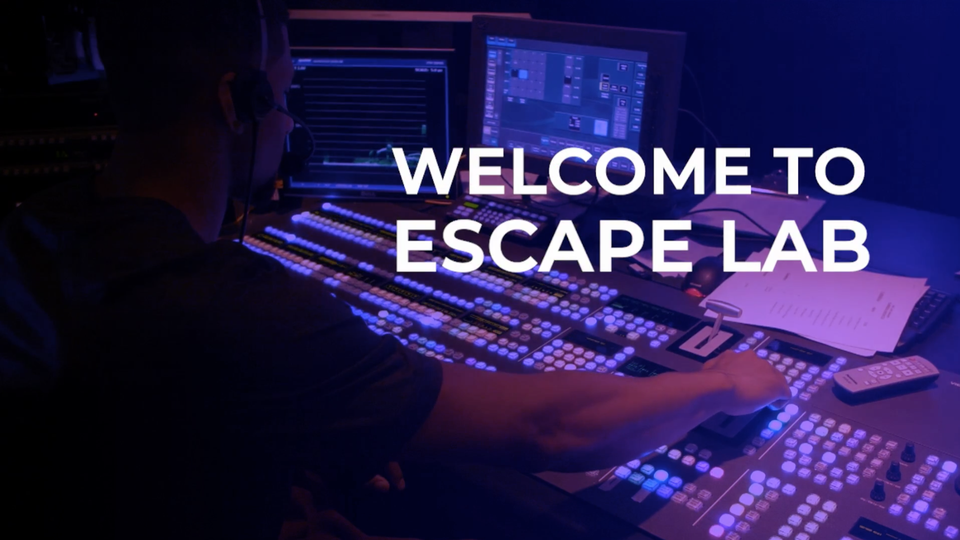 On September 9th ,  2019 WGBH's Emerging Platforms Group working with our Production Group team live-streamed on Twitch an Escape Room competition.  The 12'x 30' escape room set was built by escape room specialists Trapology in WGBH’s Calderwood Studio.  The escape room's theme was a laboratory in orbit over Mars and participants/astronauts had to solve a myriad of challenges in order to get safely back to earth. 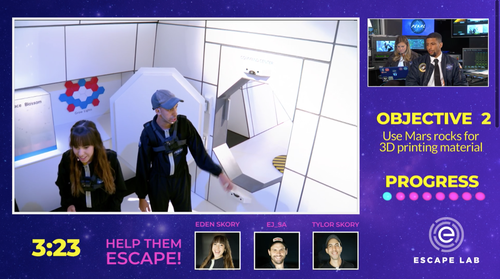 Playing a starring role in the competition were four siblings, hosts of the popular YouTube channel The Skorys. The show was hosted by STEM educator Justin Shaifer, also known as Mr. Fascinate. Shaifer, located at mission control (in another WGBH studio), acted as a liaison between the player “astronauts" and the live Twitch audience who were voting in polls to solve puzzles and help the “astronauts” throughout the mission. 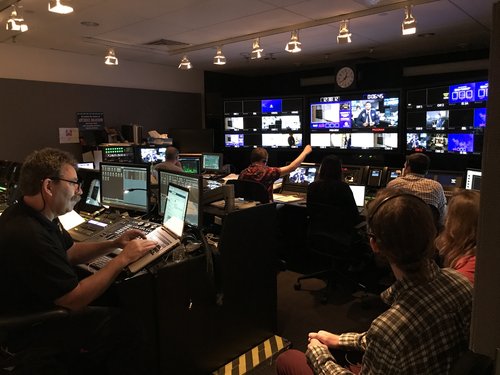 The production required three distinct teams to be in perfect synchronization.  The Trapology team ran the escape room while the Production Group Studio team captured the event and live switched it for the feed to the Twitch team, which coordinated the online experience for the viewers.  The control room had three studio camera feeds,  several security camera feeds from the escape room, and go-pros  on each astronaut in the game, which gave the viewers a point of view perspective. Viewers interacted with the "Mission Control" room to help the astronauts solve the puzzles to help them get back to earth safely.  Watch and see for yourself:  to.wgbh.org/escapelab! 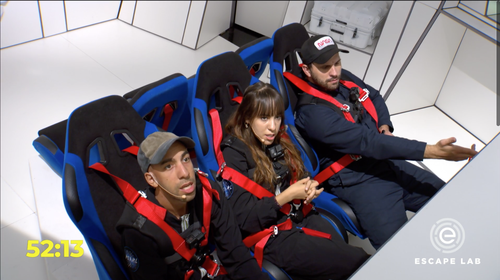