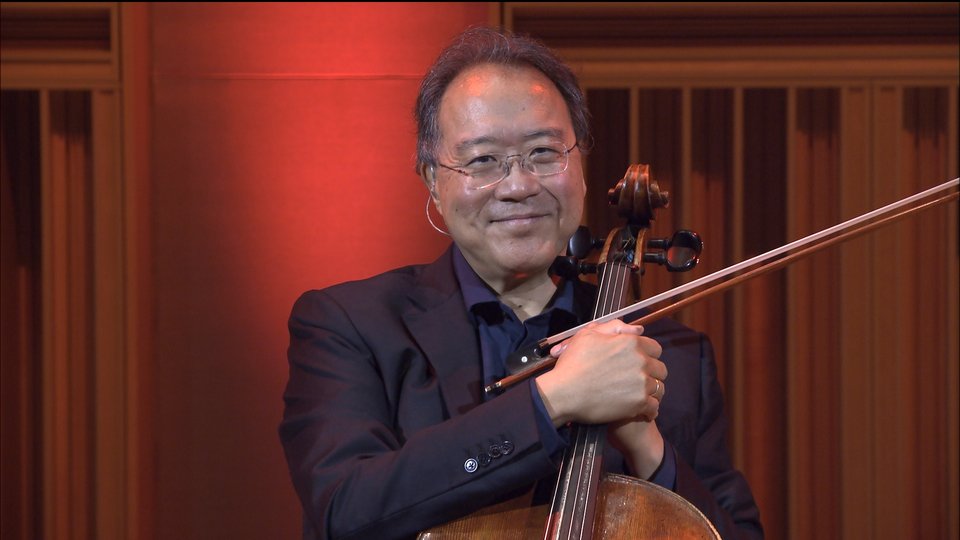 GBH Studios were thrilled to welcome world-renowned cellist, Yo-Yo Ma, to the Fraser Performance Studio this past October where he performed three live concerts in one 24-hour period to celebrate the 75th anniversary of the founding of the United Nations.

Led by Yo-Yo Ma, a United Nations Messenger of Peace, a variety of accomplished artists from around the world held a virtual performance that combined music, words, and images to instill an overall message of hope for the future. 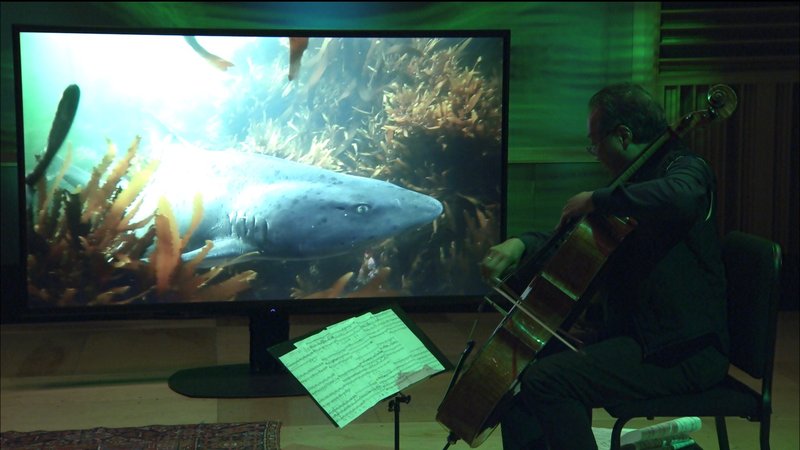 Behind-the-scenes, the complexity of the production elements and the global aspects of each concert were daunting, so Yo-Yo Ma’s team called on the combination of the GBH Production Group and Radio departments. Together, they mastered the look, the on-screen elements, timing, and transformation of the Fraser Studio – resulting in a beautifully intimate setting. The 90" monitor was  positioned at a height that allowed Yo-Yo to feel his collaborators were seated in the studio with him during the live performances. The program was shot safely with 4 robotic cameras deftly run by Bob Martin while the intimate studio setting was created by lighting designer Phil Reilly and tech-directed by Bill Francis. 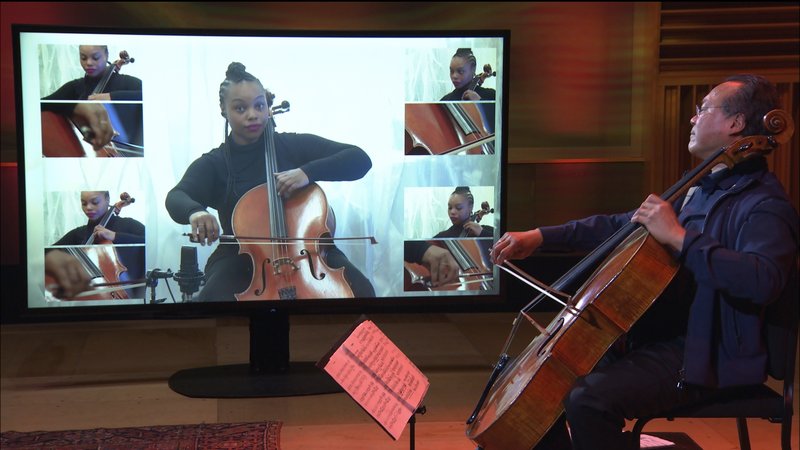 In the control room, following COVID-safe protocols, a small team of directors, producers, and crew members facilitated three immersive and creative experiences which were streamed live to the IDAGIO Global Concert Hall for world-wide audiences to view across all time zones.

As Yo-Yo Ma said of his experience at GBH during Q&A with Radio’s Brian McCreath, “Creativity happens when you know you're on stable, supported ground to experiment and explore, and we felt that with all of you from start to finish.” 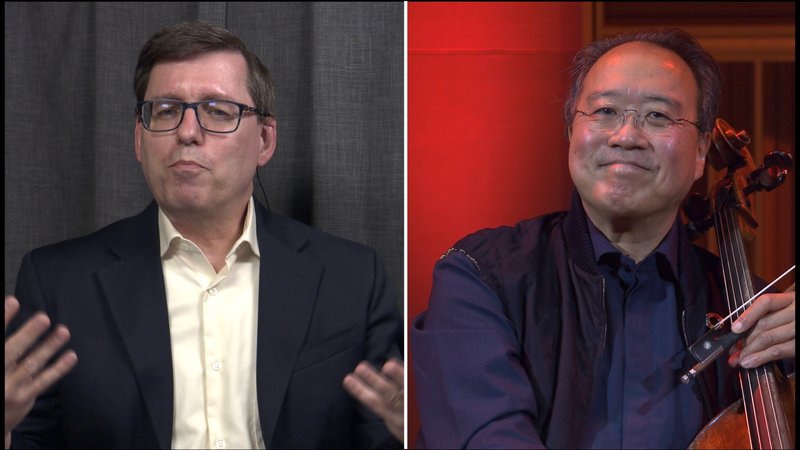