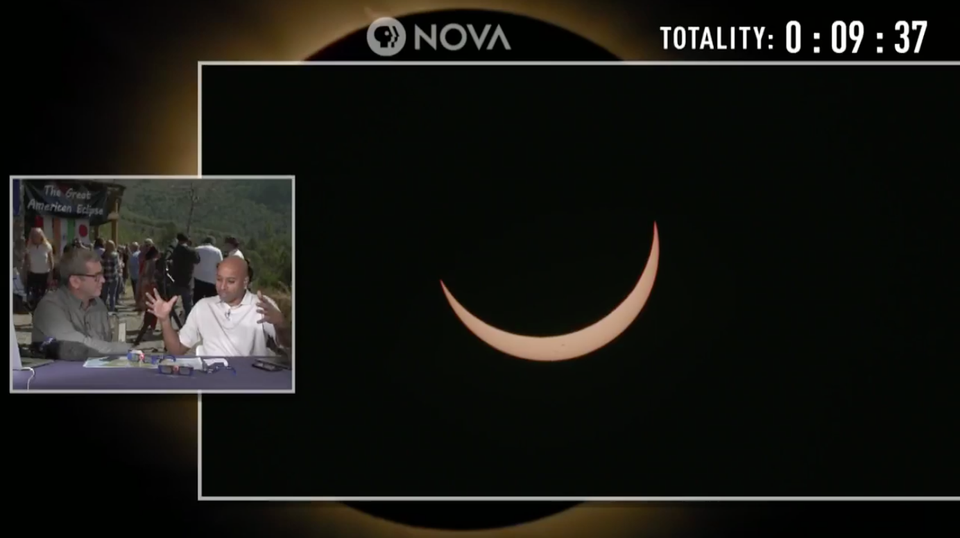 The Studios team at WGBH was instrumental in helping NOVA create the most watched Facebook live in PBS history.  NOVA came to us wanting to do a live Facebook telecast from Idaho during the total eclipse on August 21.  We coordinated the satellite feeds in advance and set up communication between our control room in the WGBH studios, the satellite truck, the location crew, and the hosts.  The 105 minute Facebook live featured two live hosts with cut-ins of telescope shots of the eclipse, on-screen countdown to totality, ID's and bugs, and specially prepared NOVA roll-ins to give the audience additional scientific background along the way.  In the control room, the NOVA social media team was able to harness real-time Facebook comments to help Technical Director Bill Francis know what the audience  wanted to see at any given time.  Almost twenty thousand people watched live on Facebook simultaneously with five hundred seventy three thousand unique views during the course of the event.  Since then over nine hundred forty thousand people have watched the stream.